An innovation expert has welcomed a move to up the incentive for big business to spend on R&D, saying it could be a boon in the UK’s quest to be a leader in the energy transition.

Jonathan Boddy, a research and development tax partner at accountancy giant EY, underlined the need to foster invention in the UK energy sector, amid a “really competitive landscape” globally.

As part of his recent budget – which included a dreaded ramp up of the North Sea windfall tax – Chancellor Jeremy Hunt tinkered with the credit regime for spending on new technology, products and services.

From April next year, the R&D expenditure credit rate will be increased to 20% from 13%, meaning big companies, those with headcounts over 500, can claim back a higher proportion of their investment in innovation.

‘Direction of change’ a surprise

It is a welcome surprise for firms, with expectations in the run up to the budget that the relief could actually be cut.

Mr Boddy said the mechanism has been “coming under scrutiny recently”, in terms of its value to the taxpayer, and there was a belief that “change was afoot”.

But the “direction of change” caught many off guard. 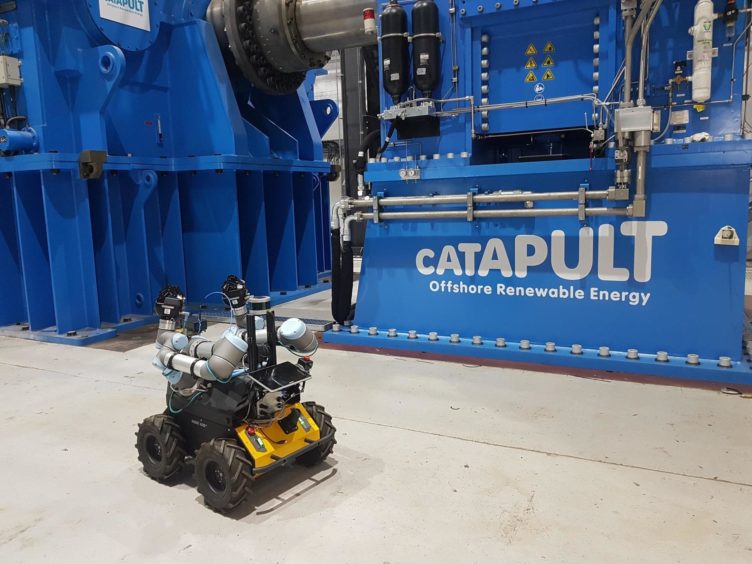 He said: “The government’s looked to significantly invest in large business, and so they’ve made one of the biggest increases we’ve ever seen to R&D expenditure credit. Basically, the scheme is available to larger businesses in the UK to fund areas like innovation and sustainability.

“That has gone from around 10 pence on the pound, to about 15p on the pound – so roughly a 50% increase in value. It’s a big commitments to make the UK a better place to for larger, particularly multinational businesses, to take in high value engineering and R&D work.”

With the strain that businesses have been and continue to be under, particularly due to the energy price, it has been dubbed a “very welcome” move.

R&D relief is one of the “key funding areas” utilised by government to help drive investment in the energy transition and net zero.

“For example, the Inflation Reduction Act in the US frees up over $300 billion of funds that have been allocated to energy transition and advanced manufacturing.

“It’s really key that the UK stays competitive. For the north-east to move through the energy transition and become a centre of excellence as part of that, it is key that jobs, expertise, intellectual property stays rooted where it is.

“This is definitely a good step in the right direction of maintaining that, and driving that space.”

Mr Hunt’s changes to the R&D framework were something of a “mixed bag” though, Mr Roddy said, with SMEs suffering in an attempt to crack down on “error fraud”.

As part of the budget, it was announced the SME deduction rate will be reduced to 86% from 130%, and the small and medium enterprise credit rate decreased to 10% from 14.5%.

Mr Roddy said: “With these changes, the aim of government is, in their opinion, to deliver better value for taxpayers. I’m sure a lot of SMEs will disagree with that and will see their funding disappear.

“Where it’s probably more pronounced is for companies that were getting, what’s called, repayable credit – generally a lot of kind of companies are not paying tax or in a start-up situation. They are going from 33p, to down to around 18p; that’s a much more marked change.

“There are small firms out there that may feel the pinch of that change and there’s been a lot of questions asked about it.”

Trading paper for blockchain: how digitalisation is changing international trade